At the invitation of His All Holiness, Ecumenical Patriarch Bartholomew of Constantinople, a Synaxis of Primates of the Orthodox Church convened at the Phanar March 6-9, 2014.

The gathering was called to consider a variety of issues related to the convocation of a Great and Holy Synod by the Ecumenical Patriarch in 2016.  It is felt that such a gathering would offer the world a coherent and united Orthodox witness and voice while serving as an occasion for discerning a much-needed united Orthodox response to today’s social and moral challenges.

The Orthodox Church in America, which was granted autocephaly, or self governing status, by the Church of Russia in 1970, was not invited to the Synaxis of Primates, as many of the Orthodox Churches, while maintaining Eucharistic communion with the OCA, do not recognize its autocephalous status.  Also absent from the gathering was the Church of the Czech Lands and Slovakia.

Due to the illness of His Holiness, Patriarch John X of Antioch, the Patriarchate of Antioch was represented by a delegation.  In view of the fact that a current dispute between the Patriarchates of Antioch and Jerusalem remains unresolved, the Antiochian participants suspended their participation in the Synaxis before its official close.

The texts of the Communiqué and Statement, as released by the Ecumenical Patriarchate, appear below.

By the grace of God, the proceedings of the Synaxis of the Primates of the Orthodox Autocephalous Churches concluded today, on the Sunday of Orthodoxy. The Synaxis took place at the Phanar from 6-9 March, 2014, at the invitation and under the presidency of His All-Holiness Ecumenical Patriarch Bartholomew, and was attended by all the most venerable Primates in person, with the exception of His Beatitude Patriarch John of Antioch, who, due to illness, was represented by Hierarchs of his Church.

The proceedings of the Synaxis were carried out in a very fraternal spirit; the Hierarchs discussed maters concerning the life of the Orthodox Church in the contemporary world, and particularly in regions where Orthodoxy and Christianity in general face serious problems and difficulties; the Hierarchs also expressed their support and profound interest of the Orthodox Church in its entirety concerning their fellow human beings suffering in those regions. Above all, the Synaxis considered the prevailing situation in the Middle East and recent developments in Ukraine, as well as the ongoing uncertainty about the fate of the bishops, Metropolitan John of Aleppo, and Yuhanna Ibrahim of the Syriac Church, who were kidnapped by unknown persons a very long time ago.

In the framework of their Synaxis, the Primates also deliberated on the matter of the Holy and Great Synod of the Orthodox Church and decided that, upon expediting the process of preparation, it will be convened and presided by the Ecumenical Patriarch in Constantinople in 2016.

With regard to this matter, the Primates also determined issues related to representation and participation of the Orthodox Autocephalous Churches in this Synod, as well as the manner of decision-making at the Synod.

On Sunday morning, 9th March, the feast of Orthodoxy, the Primates concelebrated in the Patriarchal Church of St. George at the Phanar, where their Message to the Orthodox faithful throughout the world, their Christian brothers and sisters everywhere, and all people of goodwill, was read officially from the pulpit.

From the Chief Secretariat of the Holy and Sacred Synod

Through the grace of God, the Primates of the Most Holy Autocephalous Orthodox Churches, to the Orthodox faithful throughout the world, all of our Christian brothers and sisters as well as every person of goodwill: we extend God’s blessing and our greeting of love and peace.

“We always give thanks to God for all of you and mention you in our prayers, remembering before our God and Father your work of faith, labor of love, and steadfastness of hope in our Lord Jesus Christ.” (1 Thess. 1.2-3)

1. Having convened by the grace of our compassionate God, at the invitation of the Archbishop of Constantinople and Ecumenical Patriarch Bartholomew, at the Phanar, from March 6-9, 2014; having deliberated in fraternal love on matters concerning our Holy Church today; and concelebrating in the Patriarchal Church of St. George on the glorious occasion of the Sunday of Orthodoxy, we address you with these words of love, peace and consolation.

Inasmuch as our One, Holy, Catholic, and Apostolic Orthodox Church dwells in the world, it also experiences the challenges of every age. Faithful to Holy Tradition, the Church of Christ is in constant dialogue with every period of time, suffering with human beings and sharing their anguish. For “Jesus Christ is the same yesterday, today, and to the ages” (Heb. 13.8).

The trials and challenges of history are especially acute in our days, and Orthodox Christians cannot remain uninvolved or indifferent to them. This is why we have assembled “together in one place” (Acts 2.1) in order to reflect on the problems and temptations facing humanity today. “There is fighting without and fear within.” (2 Cor. 7.5) These Apostolic words are also valid for the Church today.

2. In reflecting upon people’s suffering throughout the world, we express our support for the martyrdom and our admiration for the witness of Christians in the Middle East, Africa, and other parts of the world. We call to mind their dual martyrdom: for their faith as well as for the safeguarding of their historical relationship with people of other religious conviction. We denounce the lack of peace and stability, which is prompting Christians to abandon the land where our Lord Jesus Christ was born and whence the Good News spread to the entire world.

Our sympathy extends to all victims of the tragedy in Syria. We condemn every form of terrorism and defamation of religion. The kidnapping of Metropolitans Paul and Youhanna, other clergymen as well as the nuns of St. Thecla Convent in Maaloula remains an open wound, and we demand their immediate liberation.

We appeal to all involved for the immediate cessation of military action, liberation of captives, and establishment of peace in the region through dialogue. Christians in the Middle East are a leaven of peace. Peace for all people also means peace for Christians. We support the Patriarchate of Antioch in its spiritual and humanitarian ministry, as well as its efforts for reconstruction and the resettlement of all refugees.

3. We fervently pray for peaceful negotiation and prayerful reconciliation in the ongoing crisis in Ukraine. We denounce the threats of violent occupation of sacred monasteries and churches, and pray for the return of our brothers presently outside of ecclesiastical communion into the Holy Church.

4. A fundamental threat to justice and peace – both locally and globally – is the global economic crisis. The ramifications of this are evident on all layers in society, where such values as personal integrity, fraternal solidarity and justice are often wanting. The origins of this crisis are not merely financial. They are moral and spiritual in character. Instead of conforming to the worldly idols of power, greed and hedonism, we emphasize our vocation to transform the world by embracing the principles of justice, peace, and love.

As a result of self-centeredness and abuse of power, many people undermine the sacredness of the human person, neglecting to see the face of God in the least of our brothers and sisters (cf. Matt. 25.40,45). Many remain indifferent to the poverty, suffering and violence that plague humanity.

5. The Church is called to articulate its prophetic word. We express our genuine concern about local and global trends that undermine and erode the principles of faith, the dignity of the human person, the institution of marriage, and the gift of creation.

We stress the undisputed sanctity of human life from inception until natural death. We recognize marriage as the union of man and woman that reflects the union between Christ and His Church. Our vocation is to preserve the natural environment as stewards and not proprietors of creation. In this period of Great Lent, we exhort our clergy and laity to observe a spirit of repentance, to experience purity of heart, humility and forgiveness, bearing witness to the timeless teachings of our Lord Jesus Christ in society.

6. This Synaxis of Primates is a blessed occasion for us to reinforce our unity through communion and cooperation. We affirm our commitment to the paramount importance of synodality for the unity of the Church. We affirm the words of St. John Chrysostom, Archbishop of Constantinople, that “the name of the Church signifies unity and concord, not division.” Our heart is set on the long-awaited Holy and Great Synod of the Orthodox Church in order to witness to its unity as well as to its responsibility and care for the contemporary world.

The Synaxis agreed that the preparatory work to the Synod should be intensified. A special Inter-Orthodox Committee will work from September 2014 until Holy Easter of 2015, followed by a Pre-Synodal Pan-Orthodox Conference to be convened in the first half of 2015. All decisions at the Synod and in the preparatory stages are made by consensus. The Holy and Great Synod of the Orthodox Church will be convened by the Ecumenical Patriarch in Constantinople in 2016, unless something unexpected occurs. The Synod will be presided by the Ecumenical Patriarch. His brother Primates of the other Orthodox Autocephalous Churches will be seated at his right and at his left.

7. Inseparably interconnected with unity is mission. The Church does not live for itself but is obliged to witness to and share God’s gifts with those near and afar. Participating in the Divine Eucharist and praying for the oikoumene, we are called to continue this liturgy after the liturgy, sharing the gifts of truth and love with all humankind, in accordance with the Lord’s last commandment and assurance: “Go ye, and make disciples of all nations . . . And lo, I shall be with you until the end of the ages” (Matt. 28.19-20).

8. We live in a world where multiculturalism and pluralism are inevitable realities, which are constantly changing. We are conscious of the fact that no issue in our time can be considered or resolved without reference to the global, that any polarization between the local and the ecumenical only leads to distortion of the Orthodox way of thinking.

Therefore, even in the face of voices of dissension, segregation, and division, we are determined to proclaim the message of Orthodoxy. We acknowledge that dialogue is always better than conflict. Withdrawal and isolationism are never options. We reaffirm our obligation at all times to be open in our contact with “the other”: with other people and other cultures, as well as with other Christians and people of other faiths.

9. Above and beyond all challenges, we proclaim the good news of a God, who “so loved the world” that He “dwelt among us.” Thus, we Orthodox remain full of hope. Despite all tensions, we nevertheless dare to hope in the “almighty God, who is and who was and who is to come” (Rev. 1.8) For we remember that the last word – the word of joy, love, and life – belongs to Him, to whom is due all glory, honor and worship to the ages of ages. Amen. 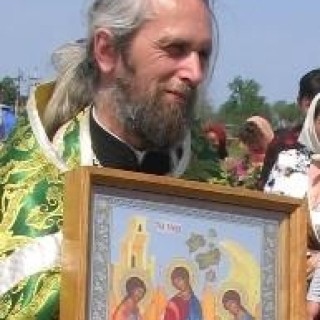